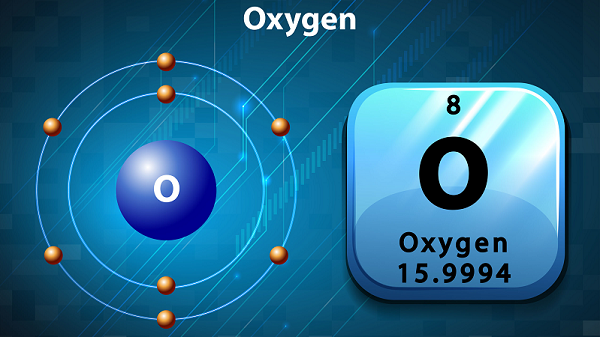 One metric that is commonly overlooked in air quality studies is the oxygen percentage in the indoor environment with respect to normal atmospheric composition and how sensitive the human body is to this level. The oxygen levels on present day 21st Century Earth are nominally 20.9 % IF the relative humidity is 0%. (only found in extremely arid regions or dehumidified rooms such as an attic in summer) At one time in the distant past (the days of the dinosaurs) the oxygen levels on Earth were as high as 35 %.

The water vapor in the air displaces oxygen to some extent, so the more humid the air, the lower the % of oxygen. Here is a chart for reference:

The body (particularly the brain) requires oxygen to function because it is a critical component in the cellular respiration process. (also known as the Krebs or Citric Acid Cycle) There are 42 steps in this cycle, and oxygen comes in at the last stage to combine with the H+ hydrogen proton gradient built up in the mitochondria (the “power plant” which is the main producer of ATP – also known as adenosine triphosphate which is the “energy currency” of biological organisms) of cells. Oxygen combined with hydrogen forms water which is the desired byproduct. Without it, the hydrogen atoms would drive the pH balance to a dangerously acidic level and denature proteins and kill all cellular functions. 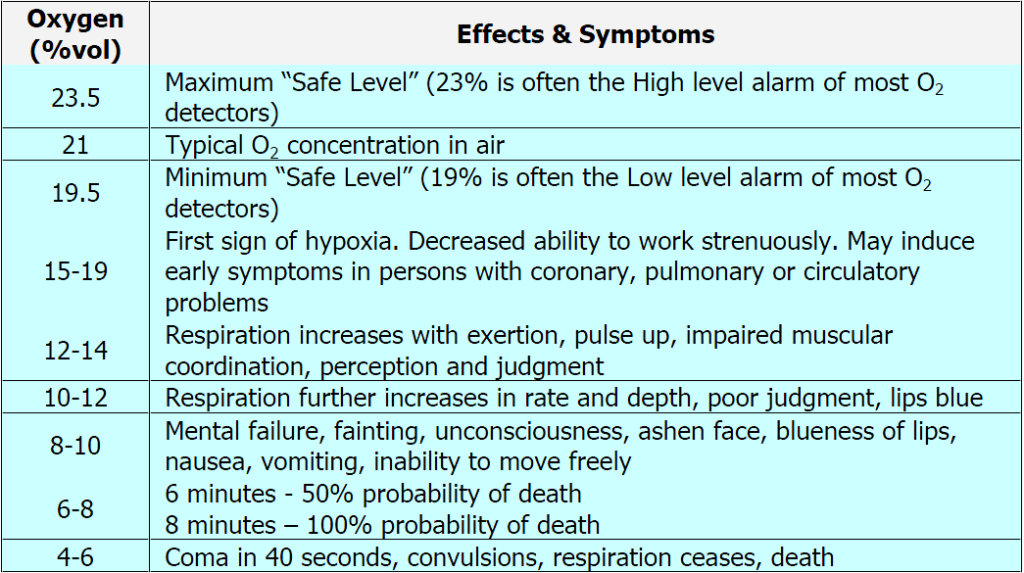 Notice that the safe range of oxygen is from 19.5 – 23.5 % which is only a 4 point percentage window. This illustrates how narrow the levels are between too much and too little oxygen. Too much oxygen (oxygen toxicity) can slow breathing levels to a rate that does not displace enough carbon dioxide (CO2) – a condition known as carbon dioxide narcosis. This typically only occurs when too much oxygen from a supplemental system such as tanks used in scuba diving or medical breathing equipment that is not adjusted correctly. This is virtually never an indoor air quality issue, but it is mentioned here to illustrate that even chemicals typically considered harmless or helpful can have dangerous effects at high enough levels.

So why would oxygen deprivation be an issue – aren’t oxygen levels homogeneous everywhere?

Areas with more forestation and foliage typically have higher levels of oxygen than outlying scrub prairies, but more to the point, deep urban environments often suffer from a shortage of oxygen for several reasons:

This is why particularly in downtown environments or near other heavily trafficked / polluted areas it is a good idea to know how much oxygen is being received as the chart above demonstrates that even a drop of 1 % or so (say 20.1% to 19.1%) can induce the subtle but deleterious effects of hypoxia.

To quote the early physician / alchemist Paracelsus: ” Poison is in everything, and no thing is without poison. The dosage makes it either a poison or a remedy.”

WHO OR WHAT COMPANY DOES INDOOR AIR QUALITY TESTING NEAR ME?

WHO OR WHAT COMPANY DOES DALLAS GREEN BUILDING INDOOR AIR QUALITY CLEARANCE TESTING NEAR ME?