ScanTech Technical Consulting has had years of experience with radiation testing materials from small pieces of suspect product to large shipping containers and large property area assessments such as scrapyards and metal recycling centers.

Training has included recent Radiation Safety Officer (RSO) Training and X-Ray Safety Training including experience with medical and biomedical X-Ray equipment, radiation from instrumentation used in research (such as XRD and SEMs) to oil field equipment and scrap metal used by the petroleum industry.

We utilize several different Geiger counters and special scintillation detectors to cover a multitude of materials and scenarios where dangerous radiation may be involved. 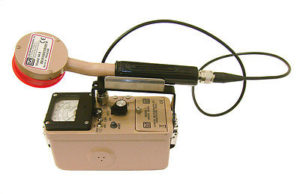 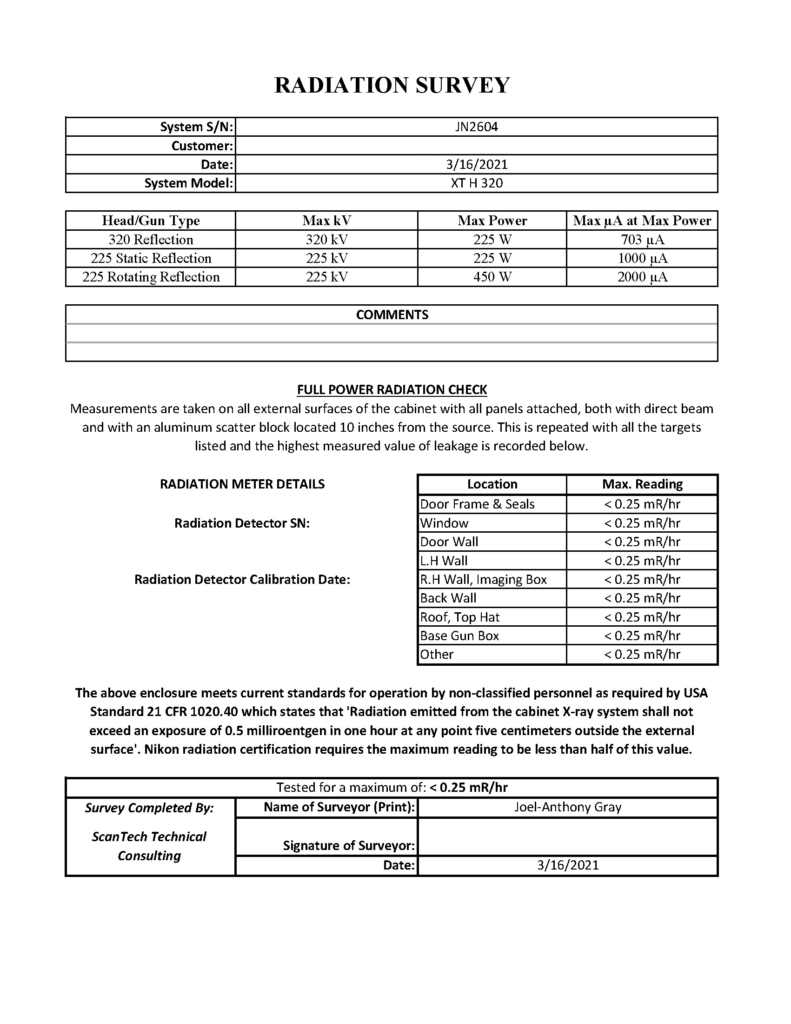 How Many X-rays Are Safe In A Year? 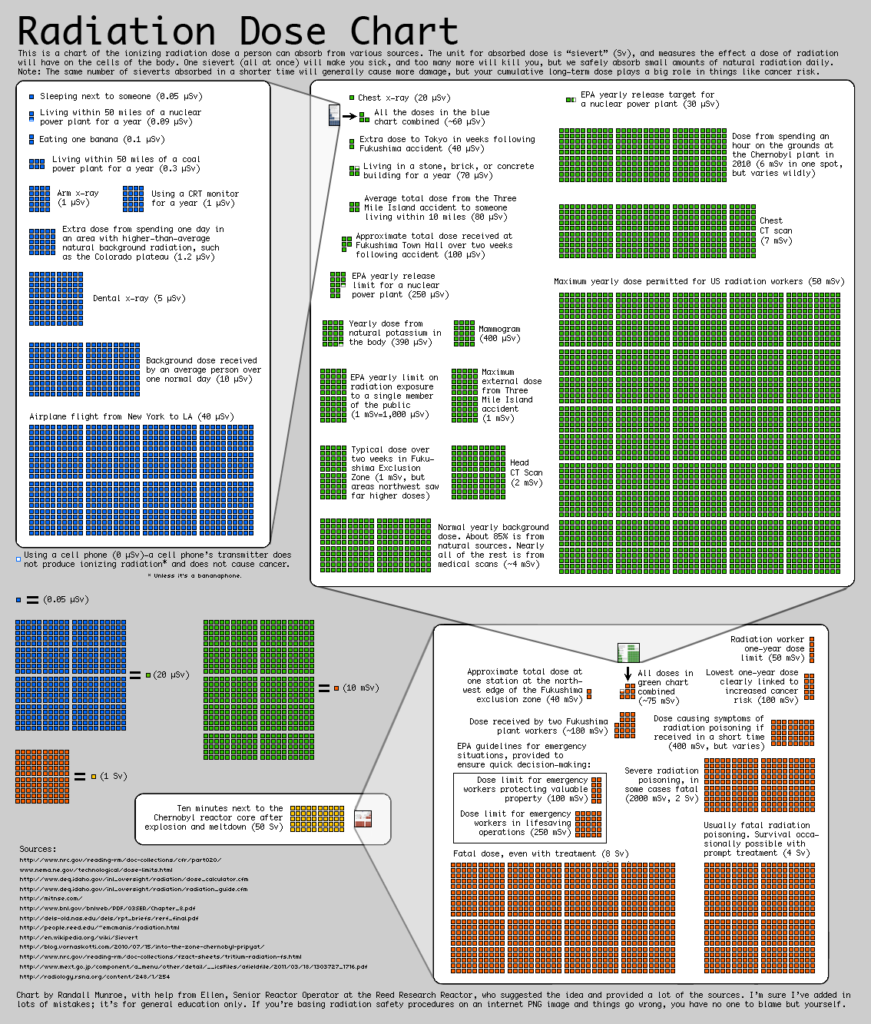 CONCERNS ABOUT RADIOACTIVITY RELATED CONTAMINATION OF IMPORTED VEHICLES FROM FUKUSHIMA DISASTER OR OTHER NUCLEAR ACCIDENTS?

We can scan vehicles, scrap metal or whatever concern you have for potentially dangerous radioactive materials.

Texas Department of State Health Services on Radon Gas   (for other links about Radon Gas FAQ, check the Navigation bar to the left)

Q. Are granite or other natural stone counter-tops / tile / flooring a health hazard?

A. Possibly. (see below for more detail)

Most granite, marble and many other types of stone do contain noticeably higher levels of radiation. How much more depends on exactly how the stone was formed, where it was quarried from and the types of mineral inclusions that are present.

What constitutes a health hazard is a material with enough additional radioactivity beyond normal to elevate medical risk. To some extent this is subject to conjecture, and while ScanTech does not advocate fear-mongering, we also believe that a consumer has a right to an informed choice as to what they and their families are exposed to.

Q. What is background radiation?

A. Ionizing background radiation is everywhere – in the earth, from the sun, exposure to medical X-Rays, high altitude commercial flights will increase your dosage of cosmic rays, etc. Unless you want to live in a lead lined vault, you cannot reasonably get away from all forms of radiation.

Q. What levels are typical?

Q. What levels are dangerous?

A. From the limited research I have done, 50 milliSieverts per year is conservatively the lowest dose at which there is any discernible, elevated risk of cancer in adults. In my own NON-MEDICAL OPINION, I would consider 16 X normal background levels as being the threshold of concern.

This would translate to approximately 1.92 microSieverts per hour. In general, any radiation not used for specific and medical purposes in a controlled fashion isn’t healthy, but there is the concept of comparative risk.

Q. How long and how much experience do have in measuring granite samples?

A. Over a decade of experience testing slabs, installed natural stone tops and warehouses including the correlation between mildly radioactive stone and radon gas emissions.

Q. What levels are you finding in granite and other natural stone samples?

A. So far I have gotten up to 0.80 microSievert per hour which is more than 3 X background. But according to others who have done more extensive studies, they are finding up to 3 % of the stone they have tested are 100 X normal. (which is well above the threshold of concern that I noted above)

Q. Do you consider this a reason for concern – enough to pay for a survey?

A. While the odds are against you buying a large quantity of a dangerous rock, I have found that my clientele are more than happy to pay the relatively small fee of testing in exchange for peace of mind.

State of Texas Chapter of the Health Physics Society

Bevelacqua Resources: Part I or Part II of the American Board of Health Physics Certification Examination or the NRRPT Exam

An excerpt regarding cosmic ray exposure during airline travel:

Dr. Goans, I was a student of yours last spring and I had a question raised about potential DNA damage from cosmic ray radiation exposure from airline travel.

1) One person is traveling for 46 hours in one week

2) Another person is visiting 5 countries in one week

3) An individual vomited after traveling over the Arctic pole.

They want to know if there is a way to blood test before and after to estimate exposure.

My thoughts are that while the dosage is significant at flight altitudes, the only practical way was to use a datalogging Geiger counter (such as the Gamma Scout) in flight as blood counts would probably fall within normal variations and only shows up in the case of much higher exposures related to Acute Radiation Syndrome.

However, I understand Berkeley has come up with a relatively fast blood test, but not sure if it is applicable for longer, low level exposures. I looked up the article and it seems to pertain to NASA lunar / interplanetary travel (not airline):

In class I recall that a lot of the blood cell types such as thrombocytes, neutrophils, etc. can take days or weeks to rise and / or bottom out from ARS. (which I am sure this would not fall under)

Would the levels from cosmic radiation at jet altitude be too low for dicentric counts? (I’m thinking it would)

Also, any vomiting after air travel are probably more related to motion sickness, airline food, airborne virus, etc. rather than cosmic radiation as the dosage is much too low for ARS related emesis.

If they are concerned about radiation damage, (one person is planning on having kids) at the worst, I suggest prophylactic measures such as taking Vitamin E before, during and after the travels.

An online calculator shows 0.1 gray = 100 millisievert and I recall that 0.1 gray is about the threshold for reproductive effects on unborn fetuses and the average airline crew member gets about 5 – 6 milliSieverts per year.

“No blood test at these low radiation dose levels; we would not want to do this anyway. Airlines would have a fit. I will look at the article.

At doses starting ~ 0.75 Gy (75 rad), you begin to see blood changes, lymphocytes are the most sensitive. No blood changes I am aware of at doses one would receive from airplane flight. The last time I measured my dose with the Gamma Scout, I got 3-4 mrad, about 1/3 of an x-ray dose. Now astronauts get a considerably higher dose because of the high Z cosmic rays and I plan to propose to work with NASA on this.

The dose at normal flight altitudes is too low for dicentrics. The threshold for dicentrics here at our Oak Ridge lab is about 10 rad.

My thoughts on pregnancy would be not to worry; there have been no documented effects at these doses. Vit E wouldn’t hurt, but not necessary. It is, however, an issue with flight crews who might make one or more long-haul flights per week. Some have proposed that they be classified as rad workers and held to the rad limit. Now they are held to 100 mrem per year, the population limit.

I have taken the Gamma Scout on flights and it gets a great reaction from the flight attendants.”