LED Lighting vs. CFL and Incandescent Bulbs – A Considered Commentary Regarding EMF & EMI 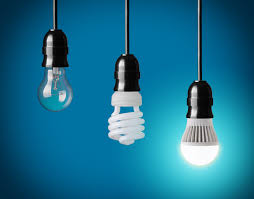 In theory for many applications, yes, but in practice there are several problems with them. (here is a personal repost from a technical forum I belong to)

While the LED itself has a long MTBF (Mean Time Between Failure) the weak point in LED bulbs is the AC/DC converter circuitry. In the 7 LEDs I have bought so far in the past 4 years, I have had 3 failures. One of them actually failed in less than a month which is atrociously worse than virtually any incandescent I have ever owned. Another one had a flicker problem which developed in just over a year (I just replaced that one this month) and another burned up a regulator IC after a few years use. The inrush current and transients when you turn on an LED light can destroy cheap components over time just like any other bulb.

I have found the ones with ribbed cooling fins to work better, but it is hit and miss as to which manufacturer and model you should get as there is enough variation between manufacturing runs due to corners getting cut without warning.

LED lighting – just like SSD (Solid State Drives) it promises to be a huge leap in reliability but a manufacturer always seems to figure out a way to pinch pennies and wreck that longevity gap. (some SSDs used to have just as high or an higher a failure rate than conventional hard drives until the manufacturers got their failure modes worked out.

Don’t get me wrong – I like LED lighting and have been converting over for years, but be careful in your research.

And on that point there are a few good things left about incandescents in that they are better suited for accurate depictions of work in art galleries and museums. This is known as excellent color rendition, and they are typically rated around 98 % + while LEDs are typically in the low 80s. Also, they generally make better point source lighting which increases contrast when examining objects in fine detail. Finally, you have a warmer cast to the light which may be suitable for setting certain moods. (I have studied a little about lighting design)

I agreed that LEDs lighting is generally good and the direction we should go for MOST applications. But not all LED bulbs are created alike and you should consider the actual reliability based on manufacturer, model and manufacturing run. I have some that have lasted for years, another one didn’t even make it a month. (from a manufacturer / model that used to be good) Currently, I prefer to buy from a local store than online as it is easier to return if you get a dud. Incandescents and CFLs still have a very limited niche and I would only use them if you have a specific reason to do so. (and I do) CFLs also contain mercury and here is an article regarding that:

Mercury in CFL (Compact Fluorescent Lights) – How Much of a Toxic Health Hazard?

Bear in mind that the biggest jump in energy efficiency was from incandescents to CFLs, (a factor of 4) but from CFLs to LEDs the jump is not quite as dramatic. (a factor of 2) Also, the weak link in any LED bulb is the AC/DC converter built inside – ribbed heat sinks help a lot and I don’t think it hurts to look for Energy Star rated bulbs. Otherwise, you can wind up with an LED bulb that does not even have nearly the longevity of an incandescent. I have seen it too many times.

From my experience, the Cree models sold at Home Depot are pretty decent and the ratings I see on there look promising. Just hang on to your receipt and look at the color temperature in Kelvin (not the same as actual temperature) so that you can “color match” your lights. From 2700 – 3200 K has a yellow cast with the “hotter” temperatures like 4500 K and up looking more and more bluish white. Cooling ribs on the side promote longer life.

I prefer incandescents for the bathroom, but the higher temps for task lighting and elsewhere. If you have a mismatched set in a ceiling fan for instance, it will be pretty obvious.

I will keep you posted if I find a really reliable brand, but manufacturers can go from great to crappy pretty quick. (what you bought last year may no longer be that reliable)

From an EMF standpoint, the lower current draw of an LED is attractive as that also lowers the magnetic field intensity. However, there is more potential noise induced in the electrical wiring which can cause unexpected problems and anomalies with other electronic equipment.

A comment I found online from a neighbor (NextDoor.Com) related an issue with the Internet connection of a residence that malfunctioned due to this noise:

“I did have that problem before and after MANY different visits it was discovered that the box on my house was close to my security lights. I had put the new CFL/LED lights in. That seemed to interfere. They moved my box and things have been fine since.”