5G Health Risks: Are They Real? 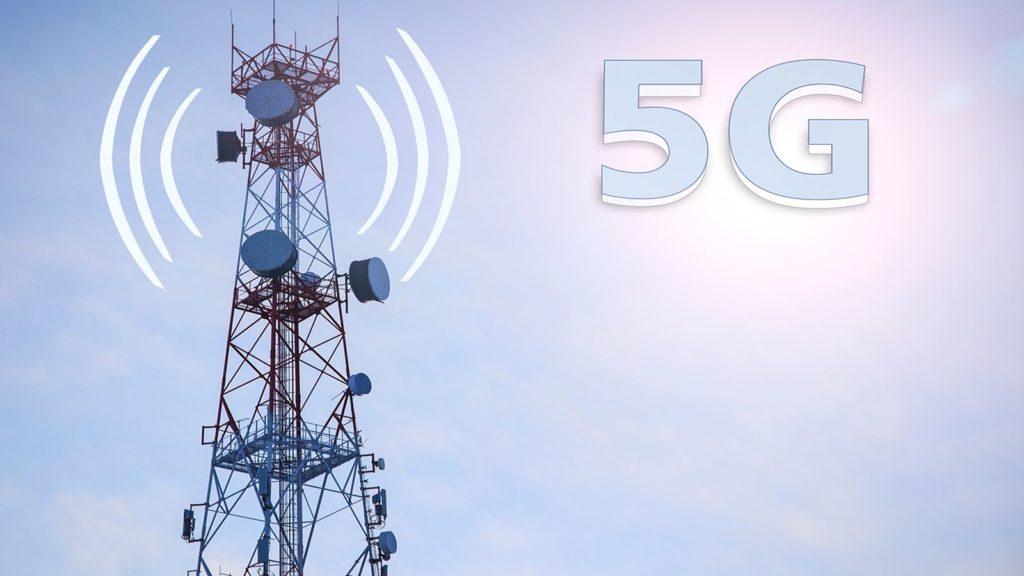 Cell Phones in the Beginning

Back in the mid-1980s I used to work on 2 way trunked radio systems and cellular phones when they were $4,000 metal boxes mounted under the seat and required an external antenna to be installed. Back then, no one was worried about EMF or RF radiation and in fact I had a number of customers ask me to align the RF circuits for HIGHER power so that they could get more range and clarity out of those early analog models which typically ran in the 2 watt range, but could be bumped up to 4 watts at the ceiling.

Cell tower nodes typically run any where from 0.25 Watts (home WiFi router power levels) to the largest MIMO nodes of up to 120 Watts (the power of an older style incandescent lamp) and our cell phones usually transmit at less than 0.25 watts. By comparison, military and weather radar are usually rated in the kiloWatt (thousands of Watts) range but they are put in restricted areas at airports and bases for safety and security reasons. (your microwave oven is typically 1.5 kW or 1.5 kiloWatts but is safely enclosed inside of special metal shielding)

So why did the power go down instead of up? It wasn’t due to issues with actual safety, but because signal to noise ratios and receiver sensitivity have greatly improved (BETTER RECEPTION) so the need for higher transmitter power DECREASED (both at the cell tower and the cell phone) which in turn significantly saves energy and increases battery life while in use. Also, there are more cell towers and coverage so a phone does not usually have to “hunt” for a tower as much as it used to. It is in the cell manufacturer’s best interests to keep consumers happy about a cell phone that has significant usage time between charges. Personally, I wish they left the small whip antenna on in case of areas of poor reception and to this day if I am traveling to a rather remote location I still keep a paper map on me in case the GPS navigation on my cell phone goes out. (it still happens in some remote or rural areas) But antennas are not as aesthetically pleasing and they are usually easy to break off which makes for a common warranty replacement item.

Trivia – Example of a ridiculous theory on a link between 5G cellular wireless and CoViD-19:

Air pollution and poor indoor air quality are far more likely contributing factors to the prevalence of CoViD-19 which reflects the factors of industrialization and population density vs. relatively low level RF radiation from our electrical infrastructure. This is a classic case of 5G being a misleading “confounding factor” rather than a synergistic or potentiating agent which reinforces the precept that correlation is NOT the same as causation.

So How are Cell Phones Dangerous?

a) They are a HUGE distraction factor and you are more likely to have an accident or be accosted while walking around, working in a hazardous area and ESPECIALLY if you are driving which is why so many laws in conjunction with operating a motor vehicle have been passed. This is a PROVEN risk and not debatable.

b) There is evidence that exposure to lighted screens late at night throws off circadian rhythms and disrupts sleep which our body needs to operate efficiently. There is also a sort of addiction many people have developed in living through their phone. An example of a theory related to disruptions in bodily rhythms leading to cancer is the Carcinogenic Effects of Night Shift Work which has been substantiated by the NTP (National Toxicology Program) as shown here on a CDC / NIOSH website:

Recent News about Night Shift Work and Cancer: What Does it Mean for Workers?

c) They are teaching a new generation of society that the ONLY way to communicate is by having a device in your hand. I feel this can be an isolating factor and reduces socialization, the ability to read body language and other cues. Cell phones are amazing devices, but there needs to be a balance where they have their place and do not substitute for genuine human contact.

So How is 5G Different with Regard to Health Risks compared to other Cell Protocols?

Because 5G technology used in telecommunications is not a single defined frequency or amount of energy, it is a different PROTOCOL for communications with a wider bandwidth for higher speed data transfer. A similar example is comparing USB 2.0 to USB 3.0 or 3.1. USB 3.x transfers data MUCH more quickly, but both USB 2.0 and 3.0 use 5 Volts and Ground. 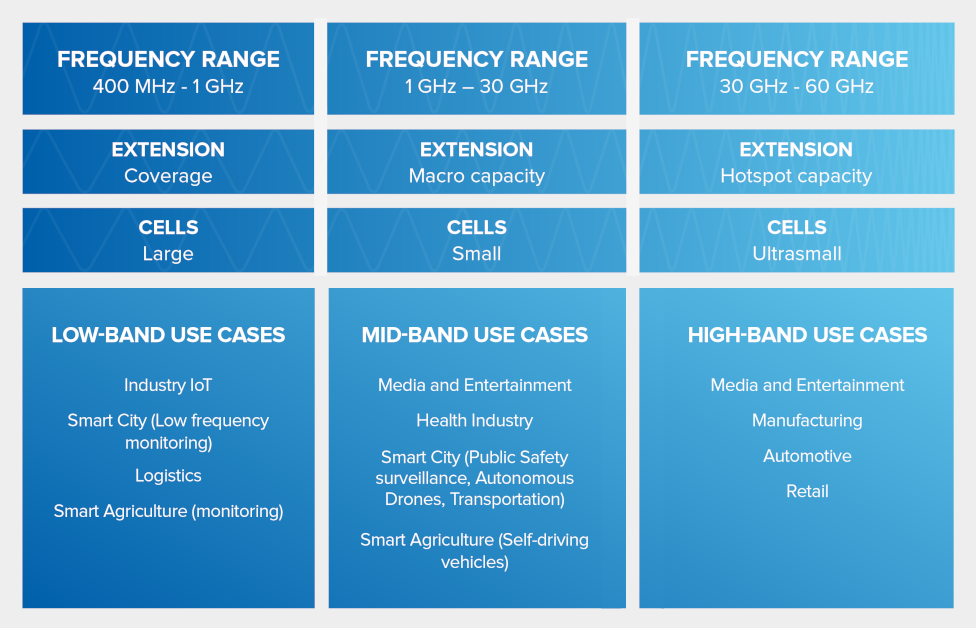 5G uses many of the same frequencies that older cellular networks use and at comparable energy levels. Only specialized 5G that is for short point to point communication exceeds ~6 GHz up to around 40 – 60 GHz but these are limited for a good reason that has nothing to do with the alleged dangers of cellular phone RF. In general, the higher the frequency, the more it behaves like a beam instead of a omni directional radiating antenna. (Microwave Theory vs. Optical Theory) Also, at the higher millimeter wave (10’s of GHz) frequencies, the energy becomes more severely attenuated with distance which is partly why more base stations need to be built. Similar concerns about new cellular technology was raised when 4G and the LTE networks were rolled out in the past.

Consider the fact that wireless Internet networks use 2.4 GHz and 5 GHz and they are utilized by most businesses and homes (many have more than one wireless device plus repeaters) already and have power ratings of up to 0.5 watts – where is the outrage there? 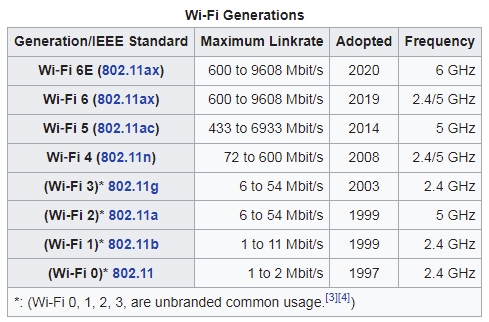 WiFi Frequencies and Protocols by Generation

Notice that many of the SAME frequencies use DIFFERENT PROTOCOLS. A 5 GHz router might use 802.11a or 802.11ac / ax / n. Perhaps 802.11ax does not sound as threatening as 5G. Imagine if a frequency were called the “Death Band” and how people would react even if it was a slang term for old fashioned AM radio.

“The World Health Organization says 5G mobile networks are safe, and not fundamentally different from existing 3G and 4G signals.”

What are the potential health risks from 5G?

“To date, and after much research performed, no adverse health effect has been causally linked with exposure to wireless technologies. Health-related conclusions are drawn from studies performed across the entire radio spectrum but, so far, only a few studies have been carried out at the frequencies to be used by 5G.

As the frequency increases, there is less penetration into the body tissues and absorption of the energy becomes more confined to the surface of the body (skin and eye). Provided that the overall exposure remains below international guidelines, no consequences for public health are anticipated.”

Anti-5G Necklaces Found to be Radioactive

This article exemplifies how trying to solve a problem that doesn’t exist in the first place can lead to actual health hazards through an alleged protective device or method.

Amateur EMF Consultants: Are They Qualified to Test for EMF, “Electropollution” and “Dirty Electricity?”

The biggest reasons why people are afraid of 5G is because:

4) If you are afraid of 5G, the rollout of 5G without directly consulting you or your community could evoke feelings of being out of control of your environment

6) There are some valid concerns over privacy, tracking, etc. but that is true of any smart phone technology, using a computer, and a great deal of data is being mined from your Facebook / social media accounts, shopping rewards programs, and traffic information such as toll booths and public cameras

To be fair, I am including a paper here regarding the health concerns about 5G cellular towers and technology.

As of this writing regarding 5G, I have no concern about any alleged health issues over the energy emitted or number of antennas they put up; only the issues previously brought up that applies to any cell phone.

Is this anything to worry about? 5G health issues explained