DNA Damage in the Cell and Mechanisms of Cancer: A Quick Overview Part I

Are these statements true and if so, how exactly do they work to cause malfunctions in cell replication? This is the science of etiology, or the causation mechanism of imbalance and disease including cancer. 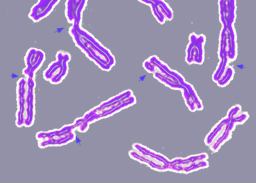 First, we have to understand how cancer can arise. Since there are around 130 different types of cancer each with a different metabolic and chemical pathway, it is beyond the scope of this website to address them all in detail. But some underlying themes regarding all cancers are:

1) The abnormal growth and replication of a single damaged cancerous cell through several stages into a malignant tumor which (if untreated) may metastasize and spread throughout the body.

2) Cell damage leading to cancer comes from a variety and / or combination of factors including genetic predispositions and environmental factors.

3) Environmental factors account for most (90% +) of all cancers and include air pollution, ionizing radiation, (including radon gas) carcinogenic chemicals, bacteria, viruses, tobacco use, diet and a lack of exercise. (lifestyle) Your body and the cells within it are constantly repairing damage from these conditions. This in combination with genetic predispositions determine the “tipping point” at which a rogue cell escapes or overruns the body’s ability to halt a cancerous cell as illustrated below: 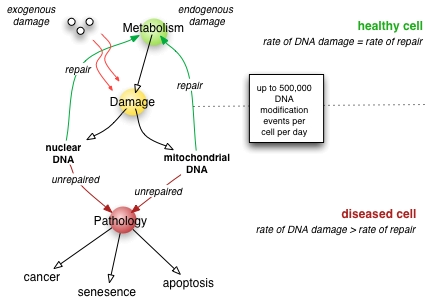 DNA Damage Mechanisms and Repair with regard to Cancer: An Overview

4) It can be impossible to tell exactly what caused a particular cancer, as most cancers have more than one possible instigating agent. But in some cases, certain causes are more likely than others. 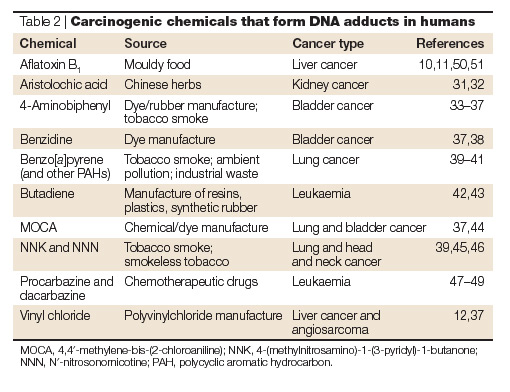 Some Carcinogens and Linked Cancers

A DNA adduct is a part of the DNA molecule which is covalently bonded with a carcinogenic molecule. Notice that there is more than one type of carcinogen that could be responsible for liver cancer, bladder cancer, and lung cancer. One carcinogen is found in Chinese herbs, while leukemia can also be induced by chemotherapy for other cancers. As this table illustrates, Western and Eastern medicine are not perfect.

The World Health Organization (WHO) lists both ionizing radiation (such as UV or Ultraviolet Light) as being a carcinogen and NON-IONIZING radiation (which would include EMF, RF, Cell Phones, Smart Meters, Microwaves, etc.) as being a POSSIBLE carcinogen though the mechanism through which that could happen is not known or proven. 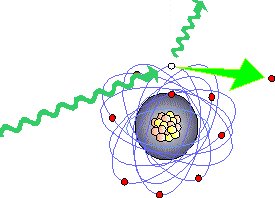 Photon Energies and the Electromagnetic Spectrum

So back to the original question – could EMF cause damage to a cell in such a way that cancer can arise? To answer that, we have to look at actual DNA damage in more detail which will be featured in the next post.

DNA Damage in the Cell and Mechanisms of Cancer: A Quick Overview Part II