The Natural Electromagnetic Background Fields of Our Planet Earth 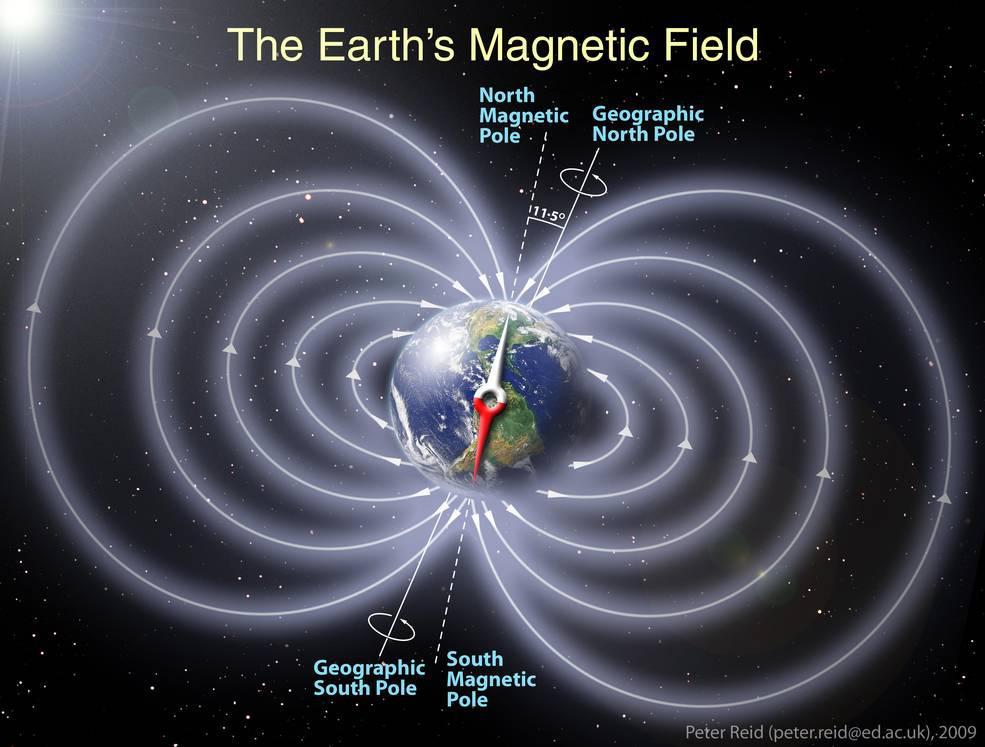 What types of energy (including electromagnetic fields) emanate naturally from the earth?

This can get a little murky as the Earth receives energy from the sun and other extraplanetary sources and retransmits a certain amount, but I will delineate as best I can.

These are the known and scientifically accepted forms of energy:

ELF (Extremely Low Frequency) AC field emanations known as the Schumann resonances which are characterized by multiple frequency peaks starting at the fundamental of 7.83 Hz  with harmonics of 14.3, 20.8, 27.3, 33.8, etc. up to about 60 Hz which happens to coincide with the North American powerline frequency. Many of these frequencies also fall into the same frequency bands as human brainwaves. (Alpha, Beta, Delta, Theta, Gamma & Mu bands)

Please note that these Schumann emanations are very faint (300 milliVolts per meter for the electric field and 10 microGauss for the magnetic component) compared to the other electric and magnetic fields mentioned.

Sources Other than ELF EMF

Negative and positive ions as a result of electric discharges in the atmosphere, natural ionizing radiation, (UV) wind shear, and radon gas. The typical ion density is about 10^10 /m^3 or 10 billion ions per cubic meter with an average lifetime of a few minutes per ion. Increased positive ion counts can be indicative of radioactive decay such as from radon gas.

Background radiation from the decay of uranium and other radioactive elements including radon gas.

Telluric currents through the earth’s crust that are geomagnetically induced and affected by several complex variables such as the interplay between the ionosphere and solar winds. Furthermore, they also change direction from day to night. I have had trouble getting empirical data on this except that the frequency band falls in the ELF range like the Schumann resonances.

More EMF reference values and conversions can be found here: