While I do not personally perform radon mitigation, I wanted to share in brief what is generally entailed. The cost in the Dallas area for reducing radon below the EPA action limit of 4.0 pCi/l varies depending on the construction / size of the house and how high the levels are. In general, you can expect an estimate of anywhere from $2000 – $5000.

It is suggested that the solution follow the ASTM E-2121 standard for lowering radon and that information can be found in detail here:

While homes that contain excessive radon can be found in every state in the nation, many people (such as in Texas) are not aware that it is a problem, nor is testing / mitigation required by Texas law as of this writing. However it is not unusual for some relocation companies to require testing for radon gas first as a condition of a real estate purchase.

Bear in mind that radon levels do fluctuate with weather conditions and home ventilation, so before investing in a mitigation expense, it may be worth testing more than once.

The main idea behind mitigation is to ventilate the excess radon (which is heavier than air) to the outside so as to minimize impact to occupants. The method by which this is done depends on whether you have a basement (rare in the Dallas/Ft. Worth area) have a pier and beam or slab on grade foundation.

For slab foundations, sealing the interior spaces from the ground is generally not enough, and often a soil suction system is required to actively draw the radon out via a vent pipe and specialized fan. These systems are generally referred to as active soil depressurization, sub-slab depressurization or just simply soil suction.

In some cases, a heat exchanger or ERV (Energy Recovery Ventilator) can recover some of the energy lost in the process of exchanging the vented radon to the outside with fresh air.

For pier and beam foundations (houses with crawlspaces) you can cover over the base soil with a special heavy duty plastic sheet whose underside connects to a ventilation system similar to the one described above in a method known as sub-membrane suction. 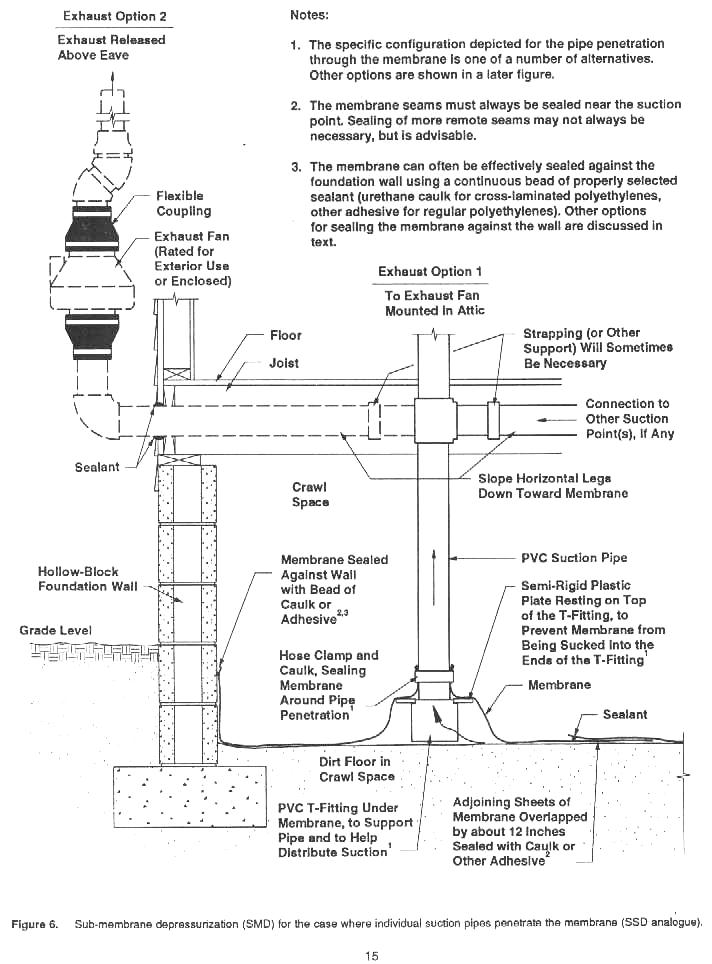