While the radon decay series is well documented on the Internet, the thorium radioactive series is hardly mentioned so I have included it here for convenient reference. 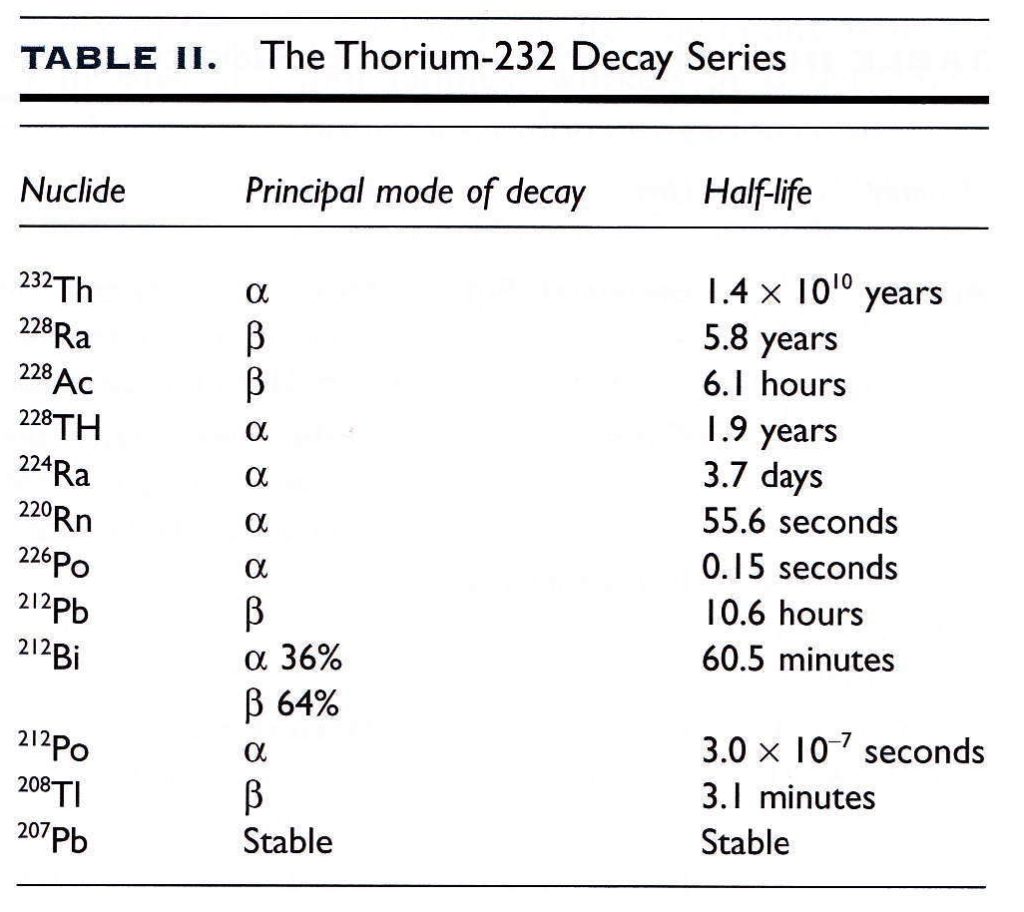 Incidentally, alpha particles are the most effective ionizing agents but generally cannot penetrate very far into any material (even in air it loses energy at the rate of about 1 MeV per cm) so that must be internalized in the body to do harm. An alpha particle would require at least 7.5 MeV of energy to penetrate skin due to the top layer of the epidermis being composed of dead cells.

Only Polonium 214 at 7.69 MeV emits alpha particles energetic enough to penetrate the skin. (it is suspected of being the cause of skin cancer in miners) However once inside the body (such as through inhalation) a 5.5 MeV ejection energy can penetrate about 40 um into soft tissue which is about the length of 4 cells.

But the alpha particle would have produced about 160000 pairs of ions before it loses all of its energy. In comparison, this is about 40000 ion pairs per cell versus an average of about 60 ion pairs produced by a 2 MeV beta particle.